A few weeks ago, Miss Smart told me to “roast my grapes.” I did, with some apples, tossed in cinnamon. They were delicious in my breakfasts, lunches, and dinners for the week, mixed with yogurt, on top of a salad, and paired with roasted squash.

So when I came home from the City Market with pears and rosemary, I knew that they were headed into the oven. My first attempt was a bit sub par, as the pears weren’t quite ripe yet. So I tried again, this time tossing the pears with a bit of coconut oil to ensure that they softened into perfectly delicious bites of autumn joy. 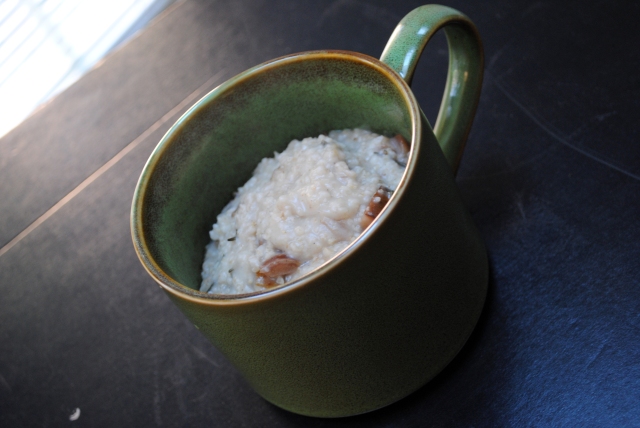 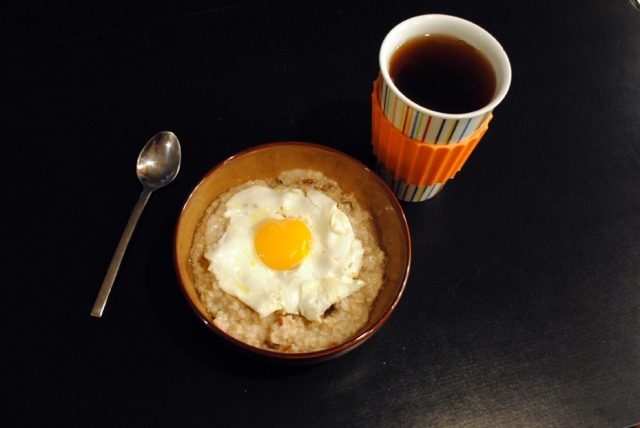 After I tossed my pears with rosemary and slid them into the oven, I started thinking about that oatmeal recipe. I began to salivate as I imagined the combination of juicy pears, savory rosemary, chewy oats, a runny egg yolk, and the sweet kick of dates. The next morning, I put my idea to the test, and wow! This oatmeal is delicious, and perfect for the chilly fall mornings we have been having.

Chop pears. Toss with rosemary and coconut oil. Roast in a 375 degree oven for 15 - 20 minutes, until soft.

Combine oats, water, cardamom, and dates in a pot over medium heat. Cook oatmeal for 5 minutes, or until liquid has been absorbed. Stir in pears and rosemary. Pour oatmeal into a bowl. Cook egg until whites are set. Carefully place egg on top of oatmeal. Top with a bit of parmesan cheese. 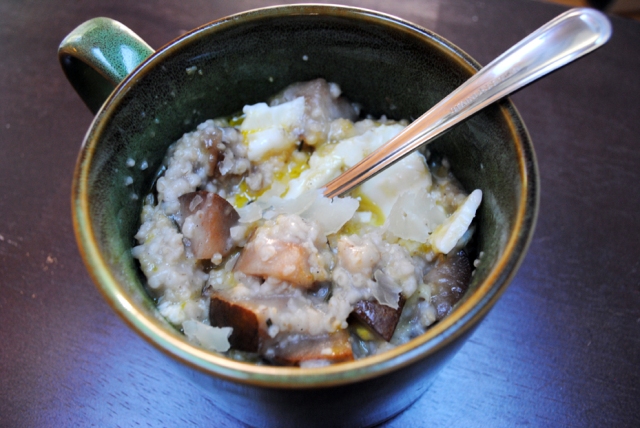 This breakfast is so good, I’ve made it twice in the past week. It is truly the perfect combination of sweet and savory, and it’s fun to start the day with such a beautiful egg.

Are you a fan of sweet and savory flavor combinations? Have you ever roasted fruit?

← Happenings
Kombucha – My Type of Homebrew →

Welcome to The Next Course!

Welcome! This blog is a place to explore the role of cooking in my own life, and the role of food blogs in our culture. Why do we cook, and why do we blog? Read more about my story and vision for this blog on my About page.