Late in December, I received an email from Bon Appetit about a New Year’s Foodie Cleanse.  I bookmarked the details, but was unable to do the “cleanse” at the time.  Lately, I have not been listening to what my body needs, and instead have made unintelligent and unhealthy food decisions.  I decided to jump-start my return to conscious eating by doing a modified Food Lover’s Cleanse.  Based on my schedule, tastes, and single status, I have edited the meal plan.

I started on Sunday, and have enjoyed it so far! For today’s WIAW Party, hosted by Jenn, I’ll be showing you my meals from the first three days of the plan.

Sunday morning I topped a bowl of oatmeal with half a banana, berries, and chopped walnuts.  I’m cutting back to just 1 cup of coffee while on the cleanse, so I paired my oatmeal with a cup of tea.

I indulged in my one cup of coffee for the day before heading into the grocery store.  Limiting my coffee intake makes me savor it so much more! 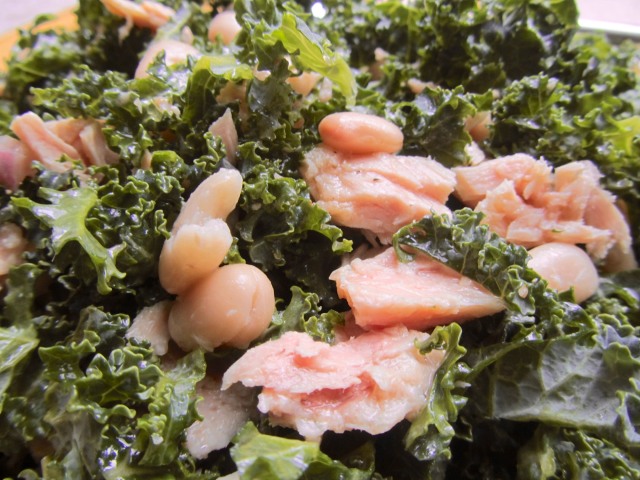 For lunch, I had a kale salad with tuna, white beans, and homemade sherry vinaigrette.

I had an apple-blackberry smoothie, modified to use soy yogurt instead of normal Greek yogurt, as an afternoon snack.  Yum!

Dinner the first night was delicious!  I made butternut squash-shiitake ragout and bulgur with parsley and lemon zest.  I ended the night with a dessert of fresh fruit.

I had an early morning shift Monday, so I packed up breakfast and lunch the night before.  Breakfast was a tasty bowl of muesli, made with oats, raspberries, half an apple, soy yogurt, fresh squeezed orange juice, and walnuts. 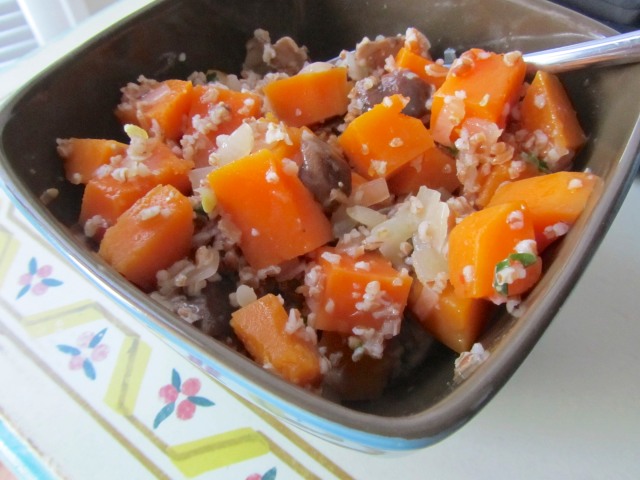 For dinner, I had a bowl of leftover ragout and bulgur.  It was just as tasty the second time around.  I enjoyed another dessert of fresh fruit before hitting the hay.

I normally go for sweet breakfasts, rather than savory, so I was surprised by how much I enjoyed the breakfast for day 3!  Mashed avocado and smoked salmon atop rye crackers made a very tasty meal.

I snacked on a hard boiled egg before a noon ballet class.  Hard boiled eggs are another simple food that I often forget, but always enjoy!

I opted to combine the butternut squash ragout and butter lettuce salad in one big bowl, rather than serving them side by side.  Topped with sliced radishes and lemon tahini dressing, this salad was filling and full of flavor.

I “cheated” on the cleanse for dinner, and instead went out with a friend to discuss her wedding plans!  I’m thinking of this cleanse as the start to some permanent changes in my diet and lifestyle, so I am not being too rigid with the rules.  I am eating mindfully, avoiding processed carbohydrates, cutting back on sugar, and decreasing my alcohol and caffeine intake.  That sounds pretty clean to me!

Welcome to The Next Course!

Welcome! This blog is a place to explore the role of cooking in my own life, and the role of food blogs in our culture. Why do we cook, and why do we blog? Read more about my story and vision for this blog on my About page.